A rainy, grey day in the British Midlands. Sitting in the van on tour with Oxbow. 2 weeks into the tour you are getting used to a trance like state – sleepless, tired and excited at the same time. Keep your brain busy listening to some music of the driver’s favorites while emphasizing the next venue to come and the friendly new aqcuaintances who would bravely let you enter their worlds, and – who would care enough to put on a show.  Thoughts drifting away to potential next adventures you may be wanting to start soon.

One of those why-not moments. Something inherent to Oxbow touring Europe. Do the things you do because you want to do it, because it seems logical to do it. Try what there is to try, no matter if anybody else would care. I ask Eugene: “Should *we* write a song together?” Seemingly waking up from some far away world, he looks at me  and nods: “why not” and immediately falls back into his half-sleep, that would eventually only switch to total presence when the show was on at night. Eugene probably forgot about the idea right away .

While you get to hear a lot of great music, inspiring performances and meet all those nice and creative people every day, being on the road gives you hardly time and room to actually create. Even less when you’re the sound engineer and tour manager. Back at home I am really hungry to get my hands at a guitar. I write to Eugene, we should give it a try. He sends a few lines back and i have chords and a melody started already.
Twice is born, our very first song. We just naturally keep on writing the next, and another song, and pretty quickly have two hands full of songs that may be worth a whole album.

We meet Kasia on another Oxbow tour. Her own (hardcore) band is cool. And she puts so much love in having us there. Eugene stays in touch and later plays her some of our music. She returns sending us a ‘tape’ of her singing one of the tunes in the bathtub. She didn’t seem to be able to get away from the melodies anymore. Her vocals are great and add that extra twist.  Suddenly the project is alive, an actual band. And Kasia keeps being the driving force for us to go on – and to go public.

2014 we are ready to start recording in earnest. I lay down the basics in my Berlin home studio. Vocals have been recorded later in San Francisco by Monte Vallier at Ruminator audio, Ivan Katz records drums for On the Sofa in New York. And we finally start mixing with Monte Vallier as a co-producer back in San Francisco in Spring 2017.

Monte has always been one of my favourite bass players since i got to know him while beeing on tour with  his band Swell in the 1990ies. He doesn’t hesitate a moment to contribute his basslines to all of our songs, too. His great personality, engineering skills and awesome musical understanding makes him the perfect producer to finalize the recordings.

So here we are – very proud to present: DISCO INTERIORS! 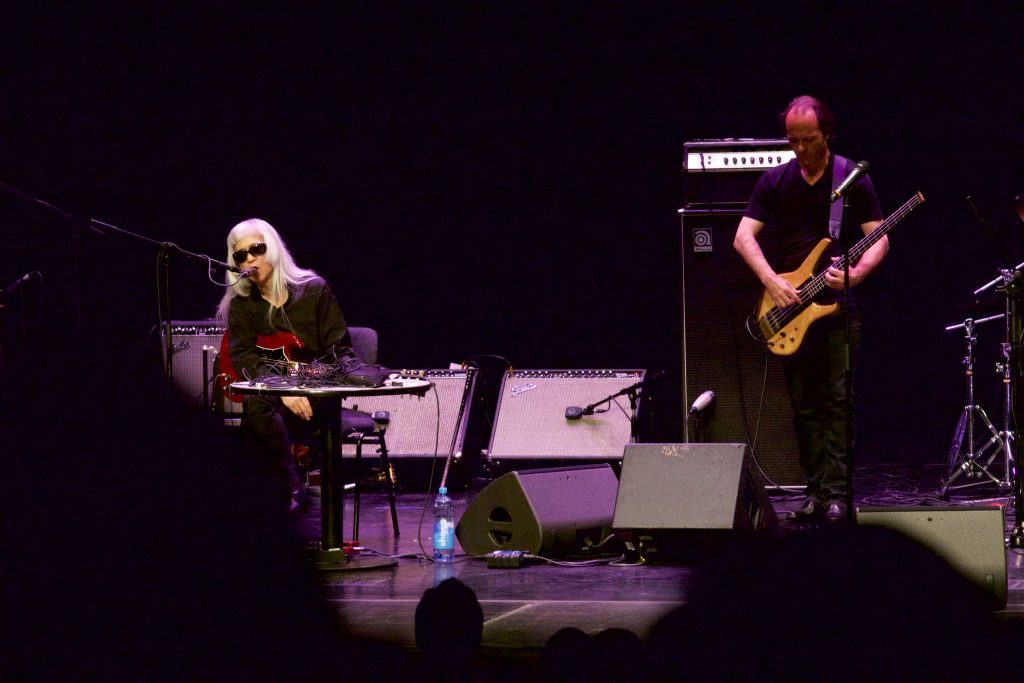 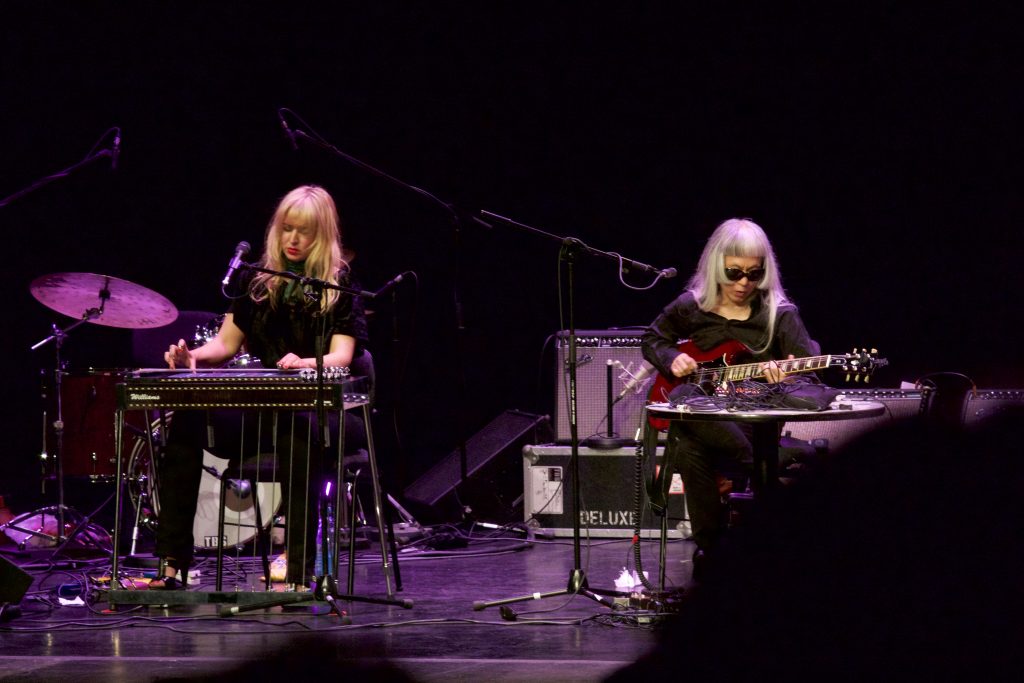 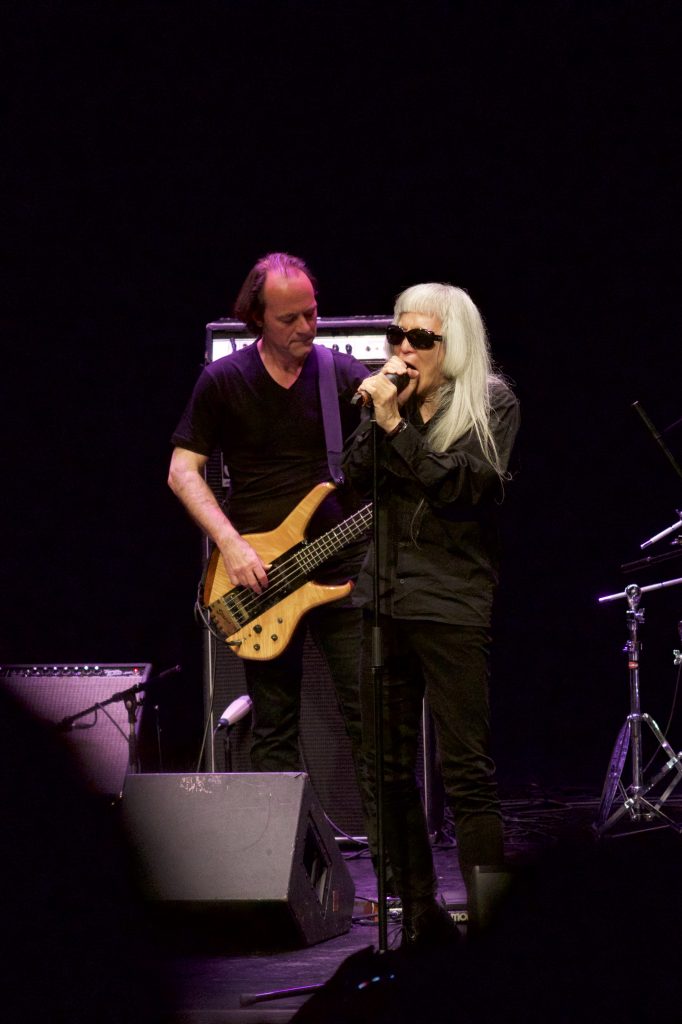 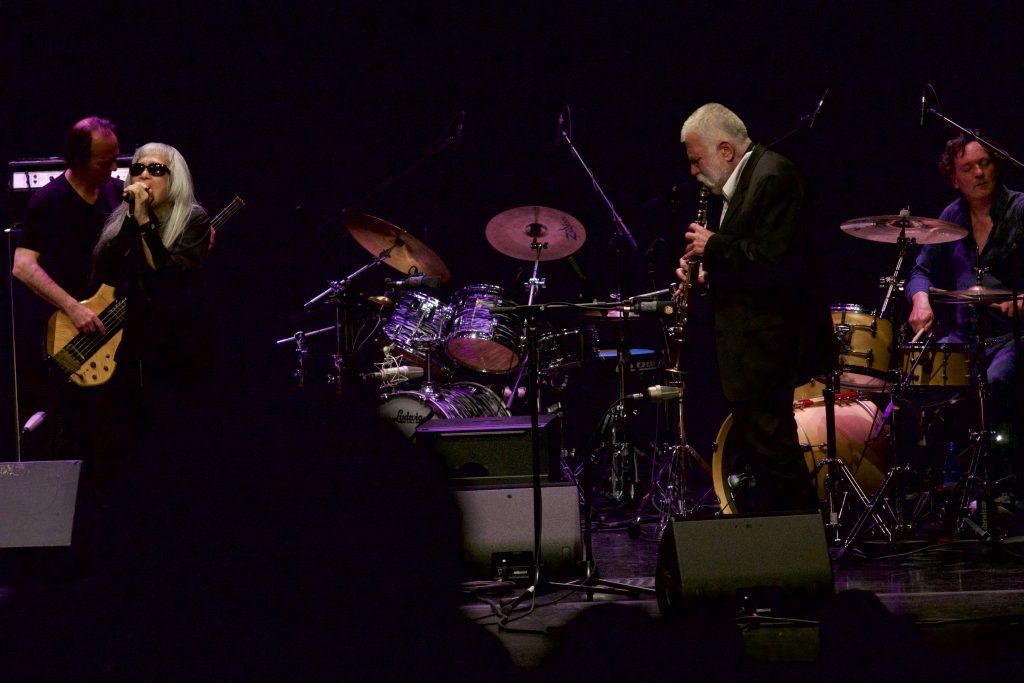 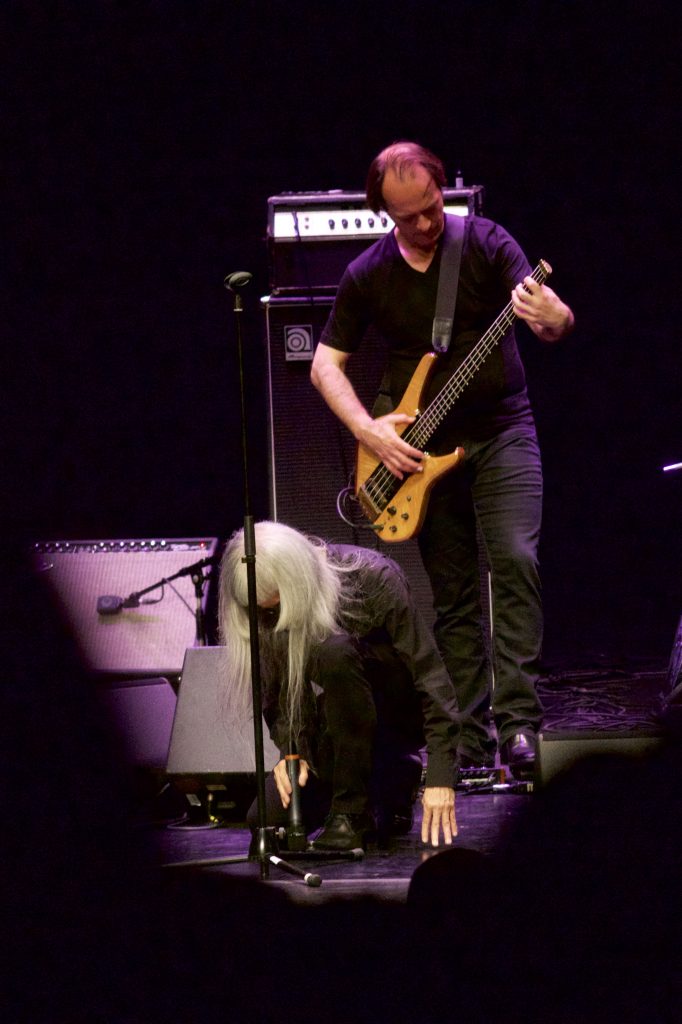 A mixed, all ages audience, many respectfully in suits, at the Liebermann House, that touches Brandenburger Tor at its north side.  A pretty impressive classicist building that used to host painter Max Liebermann‘s studio under the roof. Before its destruction in World War 2. Before Liebermann had to leave Germany for his jewish roots. And before its reconstruction after the fall of the wall.

Now home to Stiftung Brandenburger Tor, a foundation that, with its rather conservatively curated exhibitions, does not necessarily lead you to expect that the lively meeting point of a pre-war art scene of the 1920s would revive here. But the foundation is starting something different today. And so you find yourself at the opening of  a new series of forward looking exhibitions of fine art.

Stiftung Brandenburger Tor has invited Daniel Richter to completely freely curate his own exhibit. Richter decides to dedicate the show, alongside of some of of his own rarely shown work, to the hardly known, almost forgotten, Jack Bilbo. And he invites Michael Wertmüller and Thomas Mahmoud to perform – a first live presentation of their work now called Higgs.

In its expressively intense appearance, complex, yet danceable beats, voice and electronic bass in the foreground, an incredible amount of filigrane details woven into the composition, composed, improvised, powerful but emotionally touching, Higgs is not a band nor a sound project. It is a piece of art. A sculpture expressed in instrumental intensity and human energy, channeled through a minimal installation of acoustic and electronic musical equipment.

Unsurprisingly the project was born with a Wertmüller composition commisioned by Gemany’s well known painter Albert Oehlen and the Museum of Art, Cleveland, who presented the piece as part of an Oehlen installment and individual exhibition for their  100th anniversary in 2016. The audio recording has been printed on 7″ vinyl as part of the exhibition catalogue, that is stll available here.

So far my contribution to Higgs has been the studio recording of Sonar Quartett’s  strings and Thomas Mahmoud’s vocals for the Oehlen exhibition in Cleveland as well as the live mixing for them. More plans for a close cooperation are currently growing.

Higgs has been invited to perform at the Hebbel am Ufer Theatre on Sunday October 8, 2017, in a double bill with Zonal (aka Kevin Martin and Justin Broadrick).